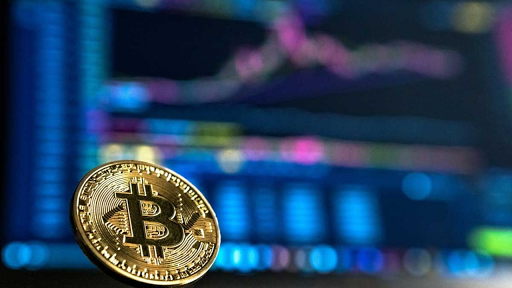 Today's payment transaction tools have undergone many developments. By buying products over the internet, you can buy them without having to use paper currency. Cryptocurrency is one of the digital currency assets as a solution to the needs of today's online financial transactions.

This currency is decentralized, which means that no one party intermediaries in a transaction. So, payments take place on a peer-to-peer basis , which means they are made between the sender and receiver directly. Also, all transactions will be recorded through a system that is already available with optimal security.

Due to its decentralized nature, cryptocurrency requires sophisticated and capable computer specifications. In general, they will use a blockchain platform to make transactions easier.

Next, enter the topic of the function of virtual currencies. Here we have divided into two kinds of functions related to human activities today.

The principle of this cryptocurrency is the same as the principle of economics, where the price will rise when there is a lot of demand. The more people who invest, the prices will also soar. However, this investment is included in the high risk category .

For now, there are many companies or organizations that have implemented payment tools using virtual currencies, both from hotels, airlines, restaurants, to applications. At least, there are two companies that have used this transaction tool, namely Overstock and Newegg. However, most companies only accept bitcoins.

Next, enter the material about the types of cryptocurrencies that are often used in various countries as a means of online transactions. And here is the explanation.

Bitcoin is a type of cryptocurrency that was first used and is very popular until now. Bitcoin first appeared in 2009 by a party named Satoshi Nakamoto. As of November 2019, there were more than 18 million bitcoins traded with a total market value of around US$146 Billion. To date, about 68% of cryptocurrencies are a type of bitcoin.

BitcoinCash was first launched in August 2017. This type was launched because, there are a number of bitcoin user groups who do not agree with the applicable rules. They broke away from bitcoin and improvised on this new digital currency, claiming that bitcoincash is better than bitcoin.

Feathercoin is a type of cryptocurrency that is open source . First created by Peter Bushnell, who worked as an IT Officer at Brasenose College, Oxford University in April 2013. Feathercoin also has similarities with Litecoin and is licensed under MIT/X11.

Dogecoin itself is a derivative of Litecoin which was first introduced in December 2013. As the name implies, Dogecoin uses the Shiba Inu dog as its mascot. Dogecoin is one of the friendliest cryptocurrencies, because there are so many communities that do charity, donate, and other positive activities. In addition, dogecoin also has a lower value than bitcoin.

Litecoin was introduced in 2011 as a peer-to-peer (P2P) digital currency that generates new blocks at a faster rate. Litecoin also possible to conduct transactions quickly without the need for a powerful computing system ( powerful ).

Actually, many Indonesian people know what cryptocurrency is. However, the existence of this digital currency was strongly rejected by the central government. In fact, it is not recognized by laws and regulations as a legal transaction or payment instrument in the country.

This is based on the regulation of Law No. 7 Article 1 Paragraph 1 of 2011, it is explained that the payment instrument accepted in Indonesia only uses the rupiah currency. Even so, the existence of Indonesian cryptocurrencies is still allowed and legal.

Bank Indonesia provides advice to save and conduct buying and selling transactions as assets, but the risk will be borne by yourself. However, since February 2019 you don't have to worry anymore, because there is already a legal umbrella through regulation no. 5 of 2019 which regulates the technical implementation of the physical market for crypto assets on futures exchanges.

Here are some ways related to how to use cryptocurrency online payment tools.

If you routinely do cryptocurrency mining, then of course you can use the virtual currency for various types of transactions. Starting from activities on the exchange market by exchanging conventional currencies with bitcoin. Then personal expenses with a note, the company where you transact has provided currency payment facilities in digital form.

Then massive fundraising or crowdfunding to minimize transaction costs if the funded project fails. The cryptocurrency exchange markets that you can find in America are ICE ( Intercontinental Exchange ), CME ( Chicago Merchant Exchange ), and CBOE ( Chicago Board Option Exchange ).

2. How to determine currency values

Advantages and Disadvantages of Cryptocurrencies

Next is the last material about the advantages and disadvantages of virtual currencies.

Here are some of the advantages possessed by cryptocurrencies.

Where, everyone can use cryptocurrency without any binding regulations and conditions.

With digital currency, each user can see various transaction activities that have been carried out. Of course, this transparency also has a limit where you can't see the person who made the transaction.

That is, each user or user will be responsible for their respective currencies.

The following are some of the disadvantages of using virtual-based currencies.

In some countries still do not allow this currency and is still considered illegal. Thus, for some countries, cryptocurrencies do not act as legal tender online.

Many people take advantage of cryptocurrencies for criminal purposes. They can carry out transactions illegally without being noticed by exploiting loopholes in the cryptographic code .

If you do not memorize or forget your password, it will be very risky to lose money on the account that has been created.